Who Wants My Kid? 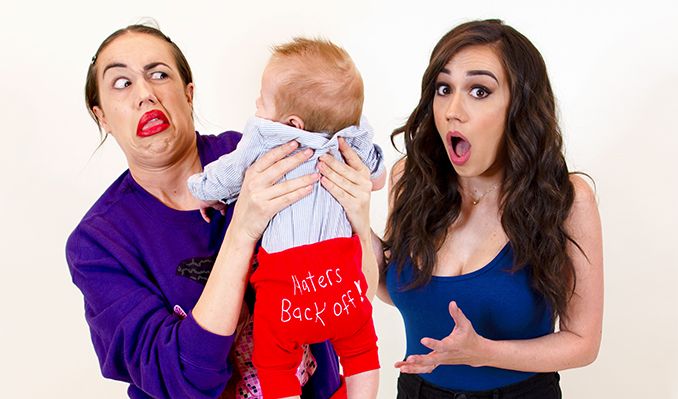 Colleen Ballinger is an actress, comedian and singer, most famous for her character Miranda Sings.

Miranda Sings has become an international phenomenon whose YouTube channel has amassed over 7 million devoted subscribers and over a billion views. The character Miranda was created in 2008 to parody the young, self-absorbed singers with more far more confidence (and vibrato) than talent which Colleen saw uploading videos to YouTube. Miranda is known for her overdrawn red lips, questionable advice about singing and life, a deluded self-confidence, and over-the-top rants about her family and personal problems.

As the success of Miranda Sings was taking off, Colleen began performing live as the character in cabaret venues and theaters, before eventually taking the act on the road in both national and international sold-out tours. She has appeared as Miranda on Jerry Seinfeld’s Comedians in Cars Getting Coffee and The Tonight Show with Jimmy Fallon, and also been a guest co-host on The View out of character.

With her New York Times #1 Best selling book Selp Helf, and the hour-long comedy special inspired by it, Colleen’s eccentric alter ego continues to grow beyond her YouTube channel.

Colleen serves as a writer, executive producer and star of the Netflix original series Haters Back Off!, which premiered in October 2016 and was recently picked up for a second season.

Official WebsiteTwitterYouTubeFacebookMore Info
*Service and handling fees are added to the price of each ticket.
Buy Tickets