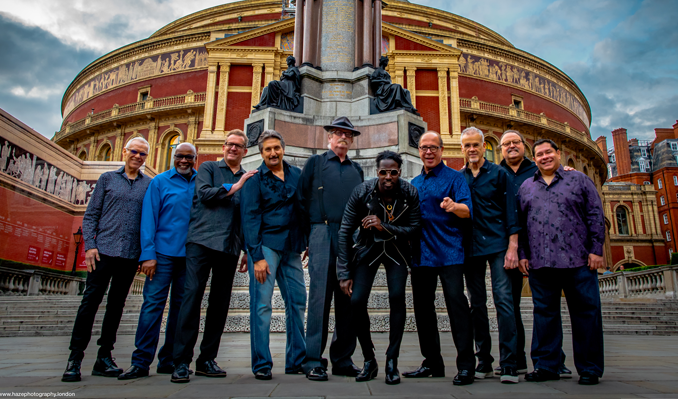 Since its formation in Oakland, California in 1968, Tower of Power has forged a reputation as a crack band of high achieving musicians fluent in all realms of Soul, Rock and Pop music with a sophistication and punch like that of a Jazz big band. From their first album East Bay Grease (1970) on Rock impresario Bill Graham's San Francisco Records label (distributed by Atlantic), the interracial band became pillars and signatures of The Bay Area Music Scene that included pioneering like-minded bands such as Sly & The Family Stone, Cold Blood, Graham Central Station, The Pointer Sisters and The Sons of Champlin plus rock-oriented outfits such as Santana, Betty Davis and Journey. Beginning with their sophomore release, Tower of Power came to prominence with a string of acclaimed albums on Warner Bros. Records: Bump City (1972), Tower of Power (1973), Back to Oakland (1974), Urban Renewal (1974), In the Slot (1975) and Live and in Living Color (1976). A move to Columbia Records resulted in three more major label releases and their last top-charting hit, "You Ought To Be Havin' Fun." Including all studio albums, live albums and rarities anthologies, T.O.P. has 24 previous releases in its burgeoning catalog.

Along with veteran members Castillo, Kupka, Garibaldi and Prestia, T.O.P. consists of guitarist Jerry Cortez, Hammond B3 organist/keyboardist Roger Smith, 1st tenor saxophonist Tom Politzer, and trumpeters Adolfo Acosta and Sal Cracchiolo. Soul Side of Town is also blessed with not one but two lead singers: outgoing Ray Greene (now in Santana) and incoming Marcus Scott (boldly introduced on several selections, including "Hanging with My Baby"). The 10-piece Tower of Power band is prepared to throw down next year with a celebratory tour that will include sweet spots around the globe.

Most importantly, when almost all other R&B bands abandoned their horn sections as the sound of Soul music morphed into more stripped-down techno and synthesizer strains in the '80s, Tower of Power near single-handedly carried the torch for full-on 10-piece bands, often even including a conguero/percussionist. Faithful fans flocked to their concerts and purchased their new albums that kept the real soul vibe alive for decades. Indeed, the horn section is so pivotal to Tower of Power that unlike most band stage setups that have horns in the back, T.O.P.'s renowned and respected horn section is right up-front with the lead singer.

FacebookAmazonOfficial Website
*Service and handling fees are added to the price of each ticket.
Postponed