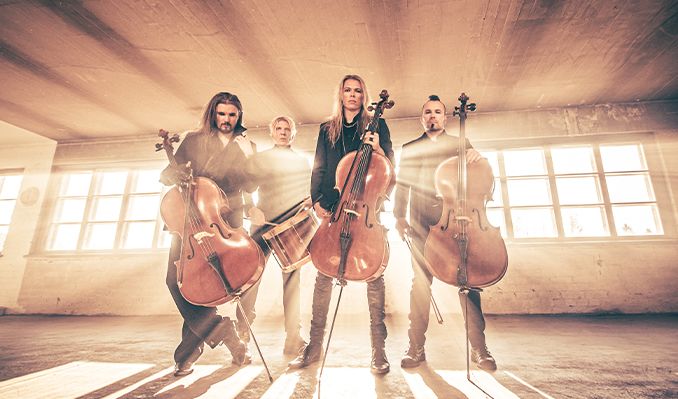 Since they formed in 1993, Finnish orchestral rock band Apocalyptica has released eight studio albums featuring numerous cello-based instrumentals along with some vocal-based songs. Whatever styles they’ve explored - from atmospheric interludes to fast, battering rhythms - their music has been gripping, dynamic and full of melody.

On May 10, 1996 Finnish Rockers, APOCALYPTICA, released their epic debut PLAYS METALLICA BY FOUR CELLOS.  The instrumental cello-driven rock opus changed the landscape of heavy music for years to come. To celebrate the 20th Anniversary of the album, the group re-released and remastered the album in 2016 and added 3 bonus tracks.

Added to this new version are brand new / never-before-released instrumental recordings of “Battery,” “Nothing Else Matters” and “Seek & Destroy.” The album is available on vinyl (2 LP set) for the first time in many years.

Upon its release, PLAYS METALLICA BY FOUR CELLOS was a new approach to the hits of the biggest metal band the world has seen. Even more APOCALYPTICA created their very own genre and laid the foundation to a career that has lasted for over 20 years so far with millions of records sold and sold out shows around the world.

Official WebsiteMySpaceAmazonFacebook
*Service and handling fees are added to the price of each ticket.
Get Tickets