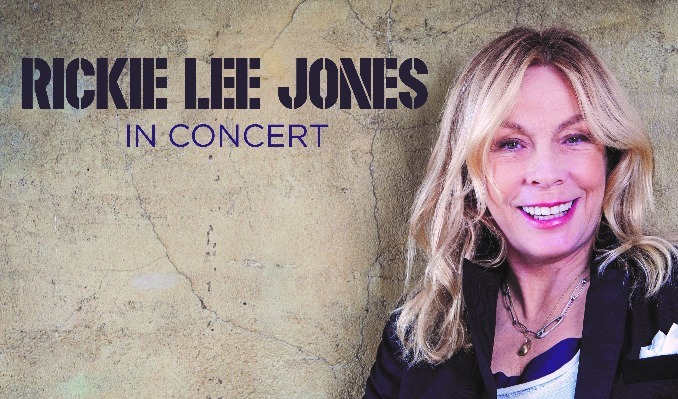 Rickie Lee Jones is the most iconic American female singer-songwriter of her time.

Her artistry is brilliantly underlined with her 2019 forthcoming album “Kicks” which presents her unique interpretations of songs that were pivotal to her musical journey.

Her 1979 eponymously titled debut album won a grammy for ‘Best New Artist’. It featured her most loved song “Chuck E’s in Love”. The follow-up album “Pirates” garnered a 5 star review and the front cover of Rolling Stone Magazine.

Dubbed the “Duchess of Coolsville” by Time Magazine, Rickie Lee Jones has effortlessly bridged the gap between jazz, rock, blues and folk.

AmazonMySpaceOfficial Website
*Service and handling fees are added to the price of each ticket.
Buy Tickets