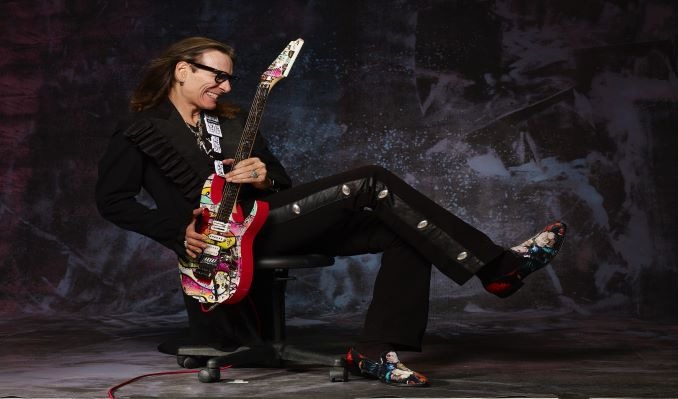 While many artists fit easily into a single category, Steve Vai remains unclassifiable. He is a musical alchemist of the highest order. Throughout the years, Vai has awed fans of all genres with his exceptional guitar skills and musicianship. He boasts career sales of over 15 million records, three GRAMMY Award wins, and 15 GRAMMY Award nominations. He’s toured the world as a solo artist, as a member of G3, and with Frank Zappa and bands such as Alcatrazz, The David Lee Roth Band, and Whitesnake. As an accomplished audio producer, Vai has written, produced, and engineered all of his solo albums, released via Favored Nations, his own independent record label that has released over 70 albums by legendary musicians such as Tommy Emmanuel, Steve Lukather, Eric Johnson, Billy Sheehan, Larry Carlton and many more.

FacebookYouTubeMySpaceOfficial WebsiteAmazonTwitter
*Service and handling fees are added to the price of each ticket.
Get Tickets