FADE INTO A DREAM TOUR 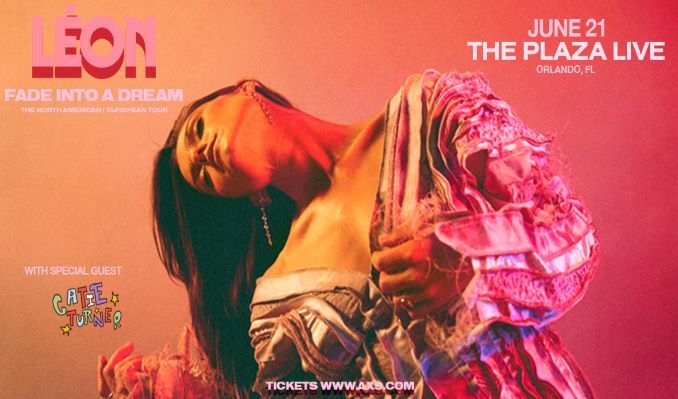 She's honed her live and performing chops fronting a ten piece hip hop/soul band since the age of 17. At the age of 21, LÉON decided to go out on her own after meeting Swedish producer, Agrin Rahmani, who has been her muse ever since. Together, with Agrin at the helm as her sole producer and co-writer, Agrin and LÉON have been developing a deep body of work over the last year. She released her debut EP, Treasure, on 10/23/15. She's excited for you to get to know her better through her music and lyrics, because the music always says it all. LÉON is currently finishing up her full length, which will release in the Summer of 2016.

FacebookMore InfoOfficial Website
*Service and handling fees are added to the price of each ticket.
Buy Tickets